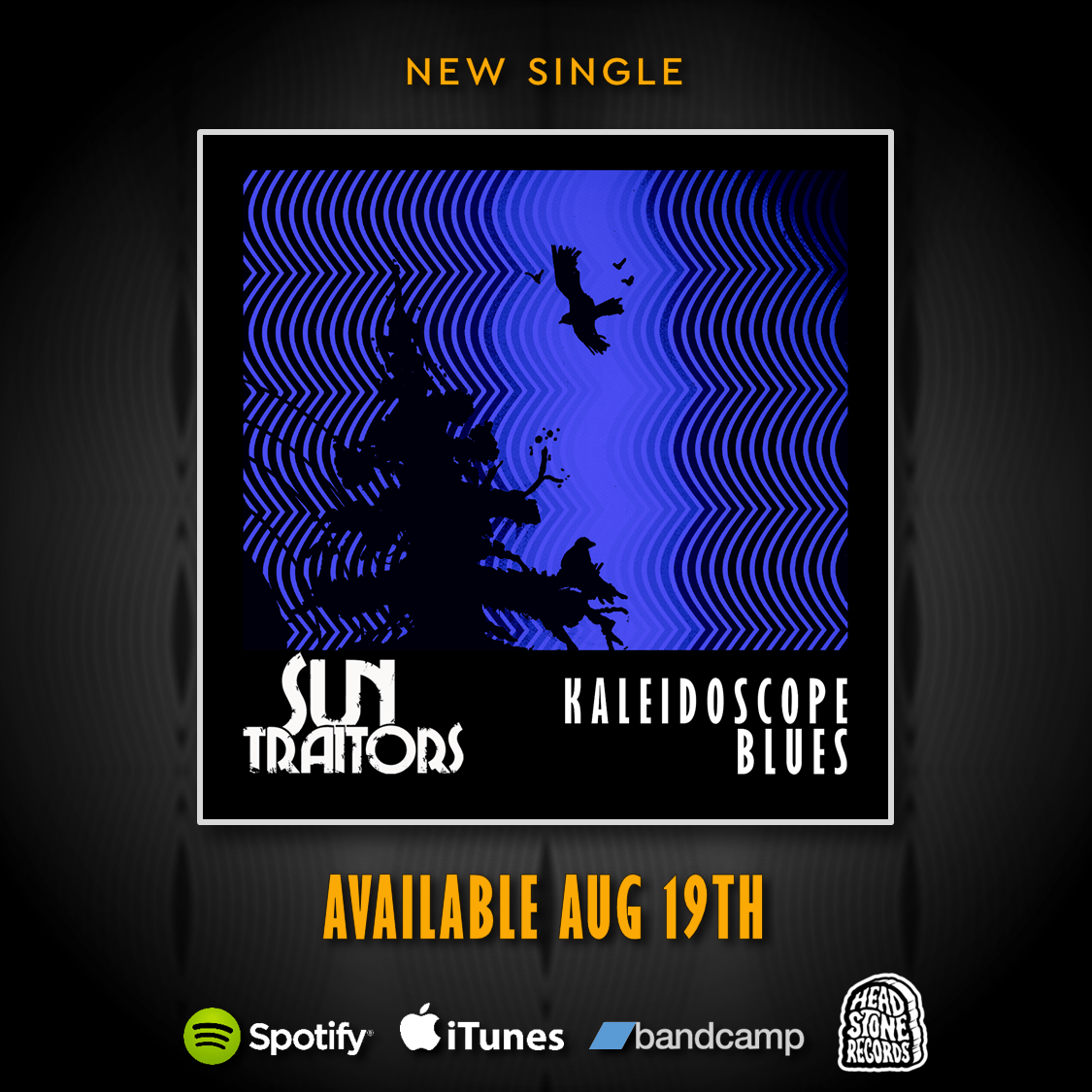 On the back of their successful first single release through Headstone Records, Sun Traitors announce the second single to be released from their upcoming EP ‘Dark Matter’.

Titled ‘Kaleidoscope Blues’ this track is a high energy rocker that doesn’t let up from start to finish, it’s main hook is a fuzzed out heavy blues riff that is complemented by honest and powerful vocals and the track’s middle section really takes off with the band in full hard rock flight!

Kaleidoscope Blues is also a message of hope during the troubling times the band in Melbourne and to a slightly lesser extent the rest of the country find themselves in. Kaleidoscope Blues picks up where the first single release and EP title track Dark Matter left off…vibes of inspiration, energy, confidence and most importantly a bit of good old rock and roll attitude!.

Sun Traitors cover new ground on their second EP as elements of grunge, metal, psych and prog merge in what is an exciting new direction for the band. Containing a plethora of riffs, hooks, breakdowns and solos, the five track EP is sure to please fans of rock and roll’s many genres. The lads can’t wait to get crowds moving again and hope to plan their first interstate tour later on in 2021. In the meantime stay tuned for a live streamed premier of the EP in its entirety!

Sun Traitors recorded and produced the entire Dark Matter EP with David Warner of One.Be Productions in Fawkner, Melbourne. David also runs Headstone Records from Studio One.Be and had no hesitation in signing the band up to release the Dark Matter and the two lead singles.Kaleidoscope Blues is slated for release everywhere online on Wednesday the 19th of August through Headstone Records and you can pre-save the track on Spotify, iTunes or Deezer here: https://ingroov.es/kaleidoscope-blues-zw

‘Dark Matter’ Music Video Is OUT!